What’s Going On by Margaret Butler

An Instrument of Privilege or Opportunity?

A movement of university students of color and allies is spreading its lightning across the land.

#blacklivesmatter is certainly guiding force motivating this movement, and this is so because at our universities black lives do not matter — not equally, not outside the slick marketing of universities.

A Million-Student March has summoned demonstrations on campuses across the country with one demand: Free College Now!

Faculty on 23 campuses of the California state system (over 26,000) voted to authorize a strike — 94% strong. Their salaries have been eroding for years.

All of this in the last month alone.

And earlier in the year, thousands of faculty on short term, sweatshop contracts took the streets and the public square on National Adjunct Walkout Day.

These are all rebellions of the university’s “principal stakeholders,” and they are rebelling because universities have become bastions of privilege.

It is not just that the privileged are the only ones who can afford higher education without a debt burden (Oregon is among the leaders in producing a student debt crisis), it is also that we have a privileged class within the university — even at public universities — deriving handsome benefits, comfortably living among the top 1%.

Adding insult to daily injury — and this is at the source of the rebellion led by students of color— an empty, and ultimately dishonest and offensive liturgy of paeans to “diversity” sounds incessantly at our universities. Pledges of allegiance to “diversity” are dishonest and offensive because they have become part of a threadbare garb for privilege and access denied.

Just as a deep fog has been setting over us in higher education (the American Dream is dead, social mobility statistics show this, universities are doing their part to kill it, and we can’t just smile these facts away). Just as many students and faculty have grown accustomed to the mantra that there is not alternative (TINA) — no alternative to high student debt, sweatshop faculties, credit mills, and runaway top administration salaries. Just then, students are rising to inspire and remind us, there is an alternative!

AAUP-Oregon continues to grow in all our program areas.

On October 24th, we held a great summit to prepare for a possible anti-union decision by the US Supreme Court or through a state-level anti-union initiative petition. The Court is slated to hear Friedrichs vs the California Teachers in the spring and could decide to overturn a long-standing precedent that non-members must pay their fair share for representation by the union. There are also possibilities that we will face attacks by anti-union forces on the November 2016 ballot. At the summit, we heard from four of our allies about their organizing and administrative changes to prepare for these possibilities. Activists from the two collective bargaining chapters had the opportunity to discuss their own situations and learn together. The work goes on to build our organizations as tightly as we can, both in the locals and across the state.

Our legislative work is moving to the next level of effectiveness. In the fall, we went through a multi-month process to hire a contract lobbyist. Chris Parta started with us at the beginning of November. We are also happy to have Sydney Scout, a grad student in the Masters in Public Policy program at PSU, working with us on our legislative program. We were able to testify about university governance concerns at an informational hearing on November 16th. (See Pam Miller’s report for more details). We also endorsed the initiative proposal to raise the minimum tax on corporations with more than $25 million in sales in Oregon. Signatures on that initiative petition are being collected now.

The Board of Trustees Relations Task Force has begun its work to define for ourselves what good relationships with our new boards of trustees should look like.

We have been supporting the new AAUP chapter at Willamette as it grows and plans its first activities. Faculties at several other private colleges are also organizing with support from AAUP. We were sorry to say goodbye to Dawn Tefft, the Pacific NW Lead Organizer, who moved on to a different job in Chicago. We are hoping that national AAUP will be able to hire someone into that position quickly and are working to support that process. 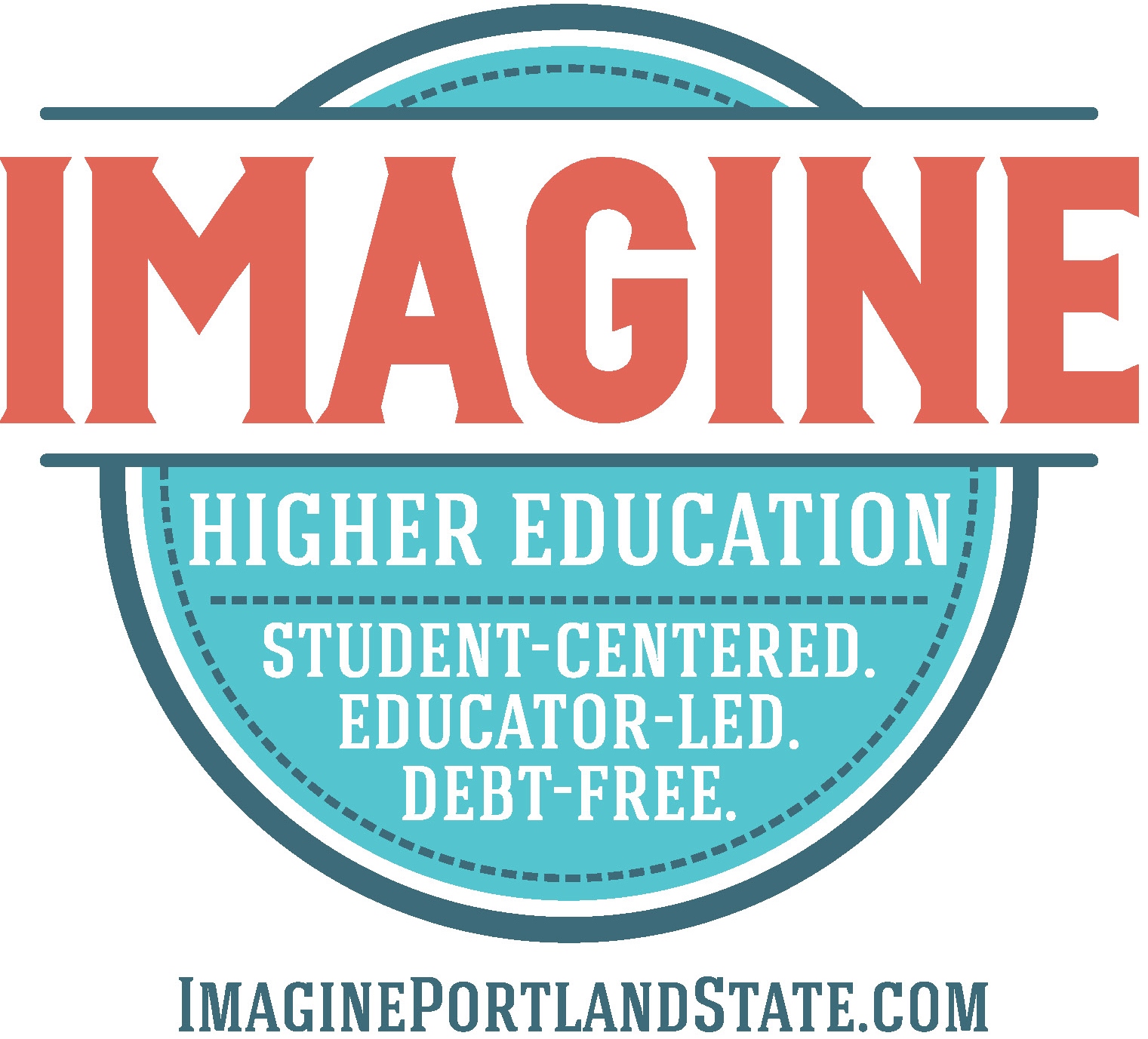 1) We got summer pay in our contract! This is great news! Up until now, departments could pay anything they wanted to for summer teaching and many of our members had drastic reductions while teaching in the summer. Although we wanted to bring in other contract language about summer session, we agreed that historic rates of pay will begin in summer of 2016. Data will be collected to monitor summer session to see if classes are cut, who is teaching, and if classes are cancelled. The university administration wanted to allow the School of Business and University Studies to keep reduced rates of pay until the summer of 2017 (some of the higher paid faculty and some of the lowest). We adamantly refused this concept and pushed to keep our members whole. We firmly believe that we should be paid to teach at the same rate in the summer as we are during the academic year. Many faculty rely on summer wages in order to survive. We appreciate all of the effort of our members who helped us collect data and stories about the impact of the cuts over the past four summers. This bad practice is stopped! 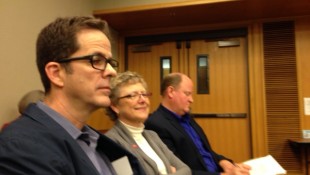 Joe Lowndes and Pam Miller testify before the House committee

2) Very early on Monday, November 16, I took off for Salem to testify about the Board of Trustees at PSU. For those bird watchers out there, I-5 can be great for hawks in particular. I did get to see a huge flock of geese as the sun rose…made getting up early worth it. My speech to the Interim House Higher Education, Innovation and Workforce Development Committee is linked here and I want to thank Margaret for all of her help with the many revisions on this speech. Students and faculty spoke to their challenges with their Boards across several campuses. Several themes were loud and clear: a) schedule the darn meetings outside of finals week; b) give contact information for Board members so they can be reached; c) have more Board members added who are a part of the campus community they represent; d) have more than 4 meetings per year; and e) add time to the agenda for employees and students to speak…signing up for the public comment period is inadequate and disrespectful. I was pleased that all voices circled around these themes. My hope is that this testimony will prompt more inquiry in February into the current Board structures and that steps will be taken to improve how they operate. This will be slow yet I believe we made some impact at this hearing.

In this season of thanks, I am so grateful for the good work we are all doing together to make higher education a better place for everyone. Please take care. 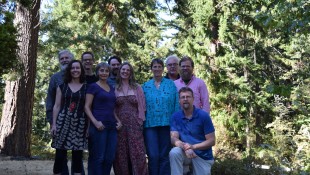 Celebrating the ratification of our second CBA (a three year contract with highlights here), was the first to a busy start of our academic year. Shifting our energy from contract negotiations, United Academics’ initiated a series of inspirational projects for our new union. The first, and perhaps most important, is building an internal membership program. As unions in the United States face mounting political and legal threats – including a ballot initiative sponsored by out of state billionaires to thwart public sector unions in Oregon and a Supreme Court case that could end unions as we know them in the U.S. – it is more important than ever to preserve our right of association and collective bargaining and remind one another why full membership in our union matters. Thanks to our amazing staff and faculty leaders, we have made huge strides in converting fair share members to full, voting members.

On top of this, our Chair for Diversity and Equity, Dan Hosang, has worked with Academic Affairs to create the first ever faculty-led mentoring program for new tenure track faculty. We are working with university administrators to expand this initiative to nontenure track instructional and research faculty. We will report more on those efforts in the future. Meanwhile, a cohort of 18 new tenure-line faculty from six different colleges and schools has been selected to participate in a First Year Faculty Development Program sponsored by UA and Academic Affairs. The program focuses on three central objectives:

Finally, we are embarking on a series of extra-curricular joint initiatives with the administration to improve campus safety, study and develop systematic metrics to address various inequities facing faculty at the University of Oregon, evaluate the prospects for a sick-leave bank for UO staff and faculty, and come up with new solutions to support faculty child and dependent care needs.

The OSU AAUP advocacy chapter is following up on recommendations proposed by three of our members when they presented the findings of a survey of contingent faculty to the Faculty Senate and several administrators.  We are preparing a score card that will grade the responses so far of the administration to each of the recommendations. A similar survey ten years ago, accompanied by similar recommendations, resulted in little to no actual change. We are determined not to allow the eventual neglect and lack of action to become a repeat scenario this time around.

On other fronts, we continue our active role in the Alliance for a Socially Just University. One of the participating organizations, Allied Students for Another Politics (ASAP!), just concluded a series of teach-ins titled “Radical Visions Towards Another Politics,” in which some of our members participated as panelists. We continue to plan for a visit by Howard Bunsis in February.

Next post
UO: working for a safe and equ...