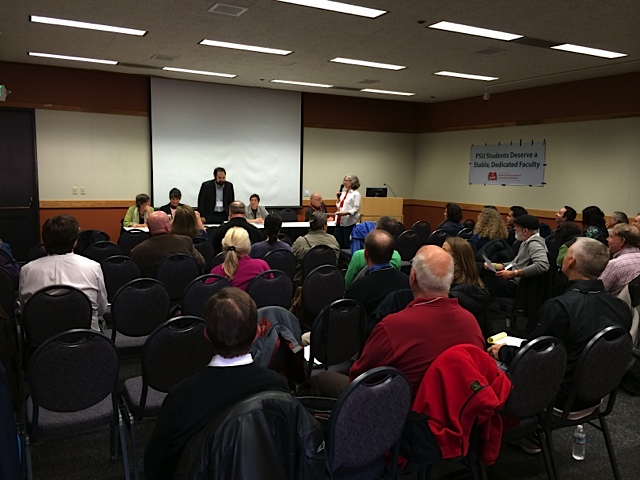 “Our first state conference was a great success!  It was inspiring to hear about the recent victories at PSU and the U of O and to meet with our colleagues from across Oregon,” said Kathleen Stanley, AAUP leader from Oregon State. 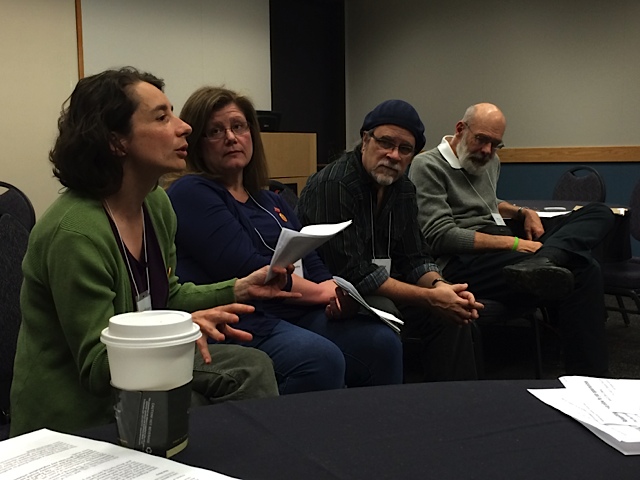 The final plenary allowed the conference to lift up action items to the whole body.  Suggested actions included the coordinated campaign around budget issues, one on one organizing on all campuses, developing a shared legislative agenda, developing a shared strategy and talking points for working with the new boards, getting good data on tuition charged for classes taught by adjuncts, and involving faculty in speaking out about student debt issues.  Conference participants left excited and inspired. 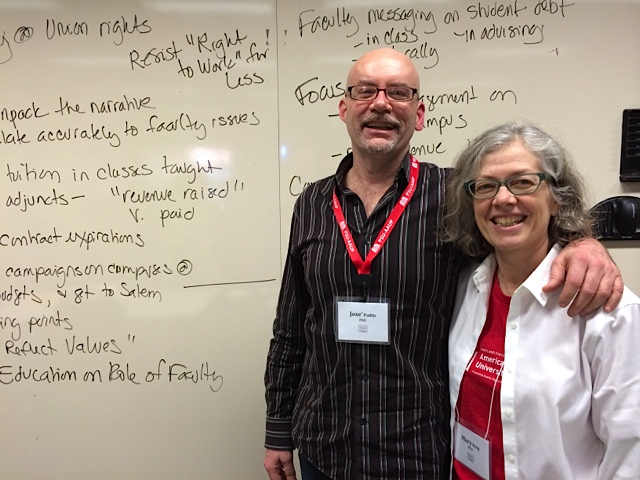 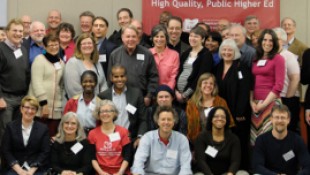 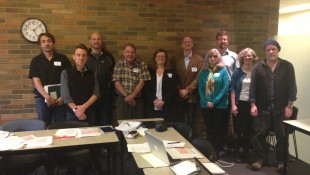 Next post
Mary King to be honored at nat...