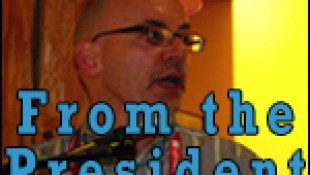 2015 has been a year of stark contradictions; it leaves behind plenty that is worrisome, and yet we can feel legitimate optimism about the role of AAUP, in Oregon and nationally.

Movements of students, teachers, university faculty, workers, faith communities, black civil society, and citizens generally, on the other hand, are also visible, rising up and striving for the strengthening of our highest yearnings.

And where equal, universal, access to humanizing education of the highest quality is a guaranteed right.

AAUP starts its second century in 2016. In the current historical moment, the dual mission of the AAUP seems as crucial to the health of our United States of America as it has ever been:

To safeguard the right to independent intellectual work and critique (academic freedom is our shorthand for this right).

To act to contain and reverse extremes of economic polarization, inside and outside universities, which kill educational quality and intellectual freedom (faculty unions and associations are our vehicle).

Guided by these values, I feel that we can greet the New Year with a strong, optimistic sense that our academic class, organized, is a vital energy for the health of our democracy.

In Oregon, our statewide AAUP-OR association can look back at 2015 as a year we can be proud of. We have new chapters at Willamette University and Pacific Northwest College of Art; chapters at OSU, PSU and UO are stronger than ever; we participated in the 2015 Legislative session, and contributed a unique view on the merits of various legislative proposals; and we convened statewide meetings to coordinate AAUP chapter efforts to strengthen shared governance and faculty union rights.