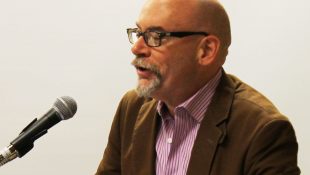 I co-led the contract action team in 2013-14 leading up to the strike vote by PSU-AAUP. Building a face-to-face mobilizing network that reached over 75% of faculty and academic professionals was the most rewarding university service of my career. On the wake of that contract campaign I was elected Vice President for Grievances and Academic Freedom for 2014-16. I look forward to joining my colleagues and students across Oregon in a statewide movement for debt-free, educator-led, higher education. Please meet three key members of the new leadership at PSU-AAUP, Kellie Gallagher, David Hansen, and Amanda Byron.

I’m an NTTF Faculty member in the Intensive English Language Program at Portland State University. I’ve recently been elected to the newly created position of Executive Vice President of Membership and Organizing for PSU-AAUP. I began getting involved with PSU-AAUP two years ago when it appeared we were heading towards a strike. Though the strike was averted, the experience showed me first hand that the collective, organized actions by PSU-AAUP were effective in moving PSU towards a more just and fair working and learning environment. I continued to stay involved as a Contract Action Team member and saw the continued organizing and bargaining efforts result in the much stronger most recent contract as a direct result of the strength of PSU-AAUP. I look forward to working to further engage our membership and strengthen support for PSU-AAUP in order to work together towards a more student centered, faculty led university that promotes the AAUP’s mission of “advancing academic freedom and shared governance, defining professional values and standards, promoting the economic security of those who teach and research in higher education, organizing to make our goals a reality, and ensuring higher education’s contribution to the common good”.

I have been a member of the School of Business Administration faculty for more than twenty years, and my academic discipline is information systems and data analytics.  As a long-standing member of PSU-AAUP, I have participated as the data/financial analyst for five collective bargaining agreements, including the recently completed four-year Collective Bargaining Agreement.  Some notable aspects of this agreement include the establishment of Consumer Price Index (CPI)-U indexed salary increases, the creation of a market-driven equity-based pool for faculty salary increases determined primarily by rank and CIP, the guarantee of continuous appointments for senior non tenure-track faculty, the opportunity to participate in a shared sick leave bank, increases in sabbatical rates, a classification and compensation study to establish professional pathways for academic professionals, and guaranteed individual professional development accounts to replace the lottery-based allocation of professional development funding.  Looking forward, in addition to negotiating recommendations stemming from the Academic Quality, the Tenure for Teaching, and the Intellectual Properties task forces, we expect to bargain over the outcomes of the Academic Professional Classification and Compensation Study, and the Distinguished Professor Honorarium MOU.

Thank you for your vote of confidence in my new role as Vice President of Grievances! After completing 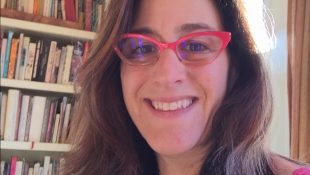 two years of service as a grievance officer, I am excited to step into this role and find new ways to support members within our organization. As a Conflict Resolution Scholar/Practitioner for most of my professional career, I have appreciated learning how conflict resolution processes and styles of engagement are utilized through union advocacy. Over the next two years of service as VP for Grievances, I will work with our dynamic leadership team to preserve academic freedom, to hold the administration accountable, and leverage member support for broad based coalition building around issues of social justice and common concern. I look forward to working with you all in ensuring that our powerful collective voice is heard!    ,

Next post
OSU: next steps in taking on b...