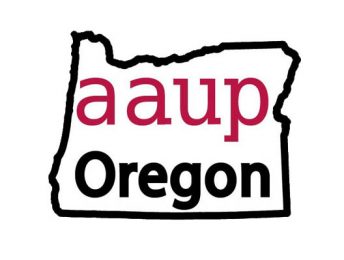 AAUP- Oregon State Conference April 26, 2014   “Our first state conference was a great success!  It was inspiring to hear about the recent victories at PSU and the U of O and to meet with our colleagues from across Oregon,” said Kathleen Stanley, AAUP leader from Oregon State. Over 60 faculty members and allies from around the state of Oregon gathered on Saturday April 26th at Oregon State’s LaSells Stewart Conference Center in Corvallis. The conference drew large contingents from OSU, PSU, and University of Oregon as well…